One of the most important interviews I have ever conducted for understanding the root cause of the health crisis in America was with Dr.Matt Buckley on enero 12, 2015. 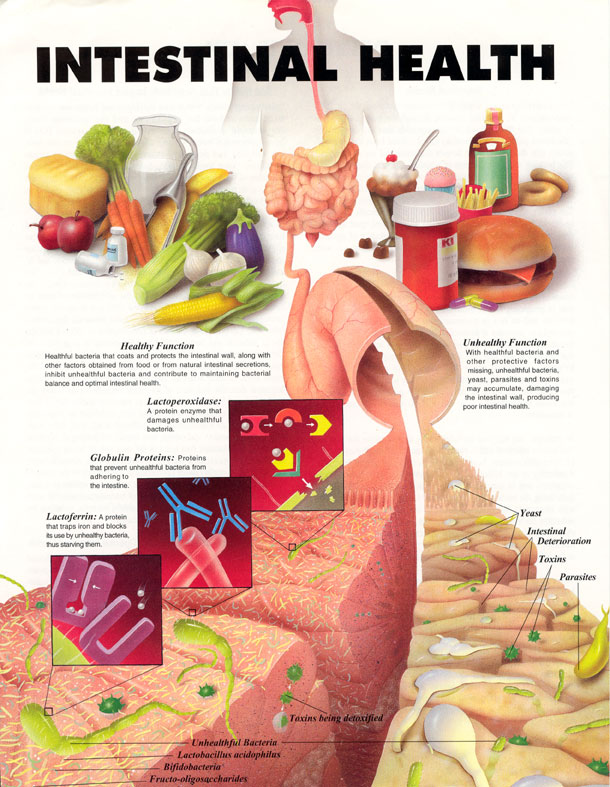 GMOs, genetically modified organisms were put in our food, unlabeled in 1996 and are now in 85% of America's food through corn, soy, sugar, cotton seed oil, canola oil, some squash and Hawaiin Papaya. Genetically modified foods are either genetically engineered to BE a pesticide and when the bug eats the crop, it's stomach explodes. BT GMO corn is registered with the EPA as a pesticide. OR GMOs are genetically engineered to WITHSTAND herbicides, so that the crops can be sprayed and all the weeds will die but our food will not. The problem is that the chemicals do not dry off, wash off or cook off as was once believed. We eat them.

The most widely used herbicide in the word is Roundup which contains glyphosate. Glyphosate is now considered a generic chemical and is used in over 1600 products world wide and hundreds of million of pounds are used in the USA. There was a 73% increase of the use of Roundup in 2013 alone. This is attributed to two things, 1) the crops have developed  resistance and farmers are sparaying more chemicals earlier and more often to reduce the weeds. 2) Agriculture journals are recommending farmers spray Roundup ( glyphosate) as a drying agent at harvest, to speed up the harvesting process. They spray non GMO, non organic crops such as wheat, legumes, peas, beans, tea, sugar and more. Glyphosate is also sprayed pre harvest and many crops such as beries and potatoes absorb glyphosate. You can see the complete list of allowable levels of glyphosate on our food and feed crops at EPA List of Allowed Levels of Glyphosate on 160 Food Crops

For more information on glyphosate, which a a patented antibiotic (weakens immune system), chelator (vitamin and mineral deficiency) and endocrine disruptor (infertility, sterility, micarriages and birth defects), go to our Data page.

A written synopisis is below.

Recent studies showed that glyphosate destroys the beneficial gut bacteria and allows the pathogenic bacteria to thrive. Glyphosate in our food and gut equals and increase of bad bacteria, especially clostridium botulinum infections.
The pathogenic bacteria overgrowth...and die off..releases waste products (what makes you feel sick) and the lipopolysaccarides released by pathogenic bacteria is a known agent to break down intestines. When the lining of intestine is broken down this allows the lippopolysaccarides to enter the  blood stream which alarms the immune system.  The immune system then releases interlucken 1B  a Cytocon. When this occurs on periperphary of body, that signal is transmitted through the vegus nerve from the gut to the brain. 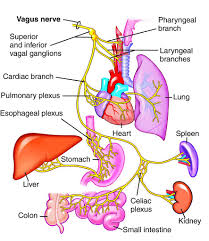 This signals the immune cells of the brain, the microglia, to also secrete their own interleukin 1 B and glutamate in the brain and spinal cord. Glutamate is an excitotoxin and destroys neurons. This type of damage in the brain and immune system is being shown to be a major factor in all neurodegenerative conditions, including Alzheimer's, Autism, anxiety, depression, Parkison's, MS; and if it happens in the spinal cord this appears to be a major factor in ALS. Read more in his blog here. 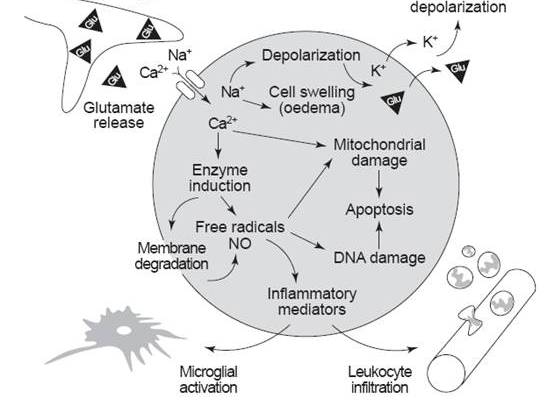 Dr. Buckely recommends an organic Paleolithic diet,which is primarily vegetables,seeds, meat, fish, and small amounts of fruit, while excluding grains, dairy, starchy carbs or sugar, which feed the pathogenic bacteria. He agrees that adding raw organic sauerkraut (good bacteria) will offset the bad bacteria and help heal the gut, provided fungal overgrowth isn't excessive. My family eats 1-2 tablespoons of raw organic sauerkraut every day. Probiotic supplements also restore gut health but I reminded the audience in the video that many probiotic companies buy their probiotics from Dianesco which was bought out by Dupont (Dupont also makes the pesticides/herbicides sprayed on our crops, so they have a perfect profit circle). So make sure to ask before you buy.

By eliminating the toxin/antibiotic glyphosate from the food that goes into the gut (by eating organic) which destroys the good bacteria, adding in fermented vegetables and probiotics (good bacteria) and by starving the bad bacteria of sugar, we can restore our gut bacteria and therefore regain our health. 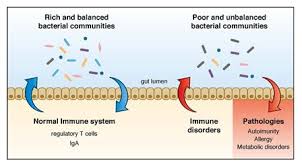 Doctors and health experts agree that the key to the health and survival of the human race is our gut flora. Without healthy gut flora we are all sure to get sick and likely die much sooner than is necessary. It is also key to our mental wellness...healthy decisions, relationships, and fulfilling on our potential in life and as a country. Moms Across America requests that everyone LOOK TO YOUR FOOD. 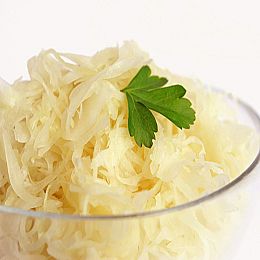 Are you eating as organic as possible? Good budgeting can result less expensive, more healthy meals by eating organic at home! (One source of support is a book called " 15 minute Healthy, Organic Meals for Less than $10 a Day")

Are you adding in good bacteria via feremented (cultured) foods with every meal? Raw organic saurkraut, organic yogurt or keifer, organic miso, organic kimchi or keifer water soda are the best sources of probiotics.

Are you diminishing the overgrowth of bad bacteria? Eliminating sugar and carbs upon which bad bacteria thrive restores your gut flora and improves your health.

If everyone takes responsibiliy for their own health and their children's in these ways, we can collectively reduce the impact on our families, communities and nation. We can turn this health crisis around and restore the future of America.

To be a leader for the health of YOUR community host an event with Moms Across America.  Share this information and make a difference for generations to come! Some event ideas are: 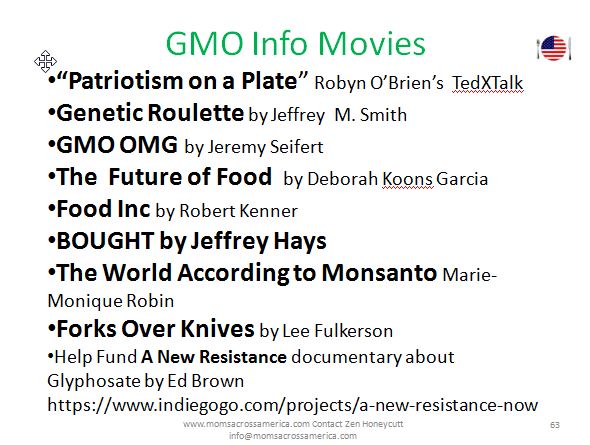 1) Host a GMO Movie night or Cultured Food Party and empower your friends and neighbors.

2) Have a table/booth at your local Earth Day Festival in April and reach thousand.

3) Host a Moms Meetup mayo 2, 2015 and help cause a billion dollar shift to organic.

4) Be a leader for a group to join in 4th of July parades and reach tens of thousands in your town.

See our Events page for more info on all these events.

Make sure to POST your event on MAA with your address as the host so we can send you free materials if/when we get enough sponsorship support!

Thank you for spreading the word!