By Zen Honeycutt, Moms Across America 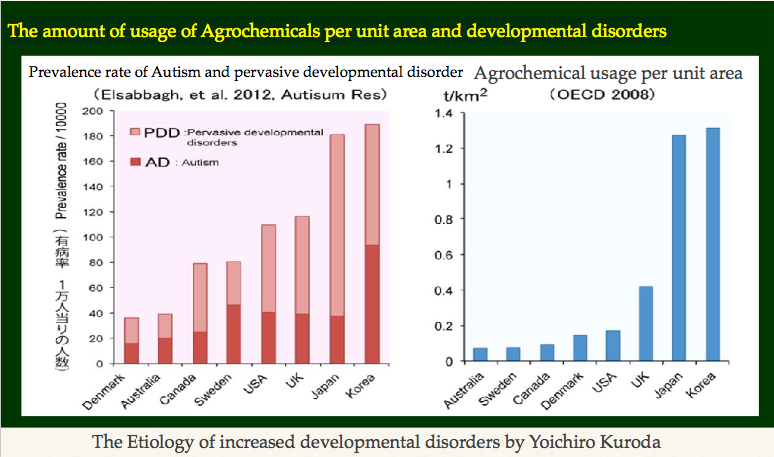 Japanese Professor Kuroda wrote a book titled "The Etiology of Increased Developmental Disorders" that describes how environmental chemicals cause problems in the brain. The following graphic comes from this book. Statistics from left chart (1). Statistics from right chart (2).

As shown in these charts, the most likely reason for the higher rates of developmental delays in Japanese and Korean children appears to be the extremely high use of agrochemicals on the produce which is grown locally. The chemical companies have done an excellent job of convincing the current Japanese and Korean governments that agrichemicals are an important part of progress.

Because I was in Japan, I received the most information from Japanese sources. According to a Japanese international food trade group employee, “The usage of agrochemical per area inside Japan is one of the highest in the world.  The Japanese government has been heavily influenced by Sumitomo Chemical, a partner of Monsanto.  The former chair person of 'Keidanren', Japan Federation of Economic Organizations was the CEO of Sumitomo Chemical, YONEKURA Hiromasa. The Japanese government works closely with Keidanren. The agrochemicals they produce are being used for Monsanto's GM crops. Sumitomo Group has many banana and pineapple plantations in Asia where they apply heavy amounts of pesticides by Sumitomo Chemical.” As in the US, Monsanto has cleverly inserted chemical company executives into government positions to influence policy.

He added that the government has admitted that “developmental delays and autism rates are out of control.”

One could also surmise that the high consumption of GMO soy in animal feed and human food, which has high levels of glyphosate residue (3)and is imported from the USA in large amounts, could also be a major contributing factor.  Glyphosate is the declared active chemical ingredient in Roundup and in over 700 glyphosate-based herbicides, the most widely used herbicides in the world. Glyphosate based herbicides have been scientifically proven to be neurotoxic (4) and an endocrine disruptor which can lead to developmental delays. A new study from China called out endocrine disruptors (5) as a major factor of the drastic decline in the quality of men’s sperm. Decreased quality of men’s sperm may also lead to developmental delays of the fetus. 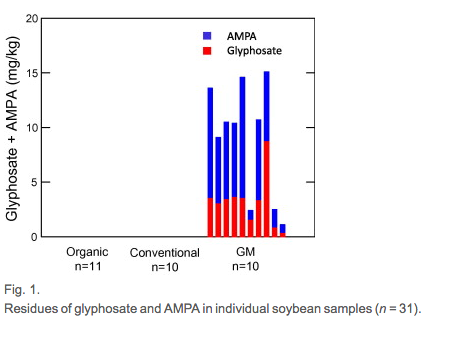 Next to China and Korea,  Japan is one of the highest importers of GMOs. Due to the high population, 150 million people, on a smaller land mass than many countries, they only produce 40% of their food locally. 60% of their food is imported. This is a population that is highly dependent on the global for market, specifically the USA, so my visit was considered important to both Moms Across America, who do not want GMOs grown in America,  and my hosts the Green CoOP of Japan, 20 other food cooperatives,  the Consumers Union of Japan, No GMO Campaign, Japanese Moms Clubs, and international trading group Alter Trade Group, which works with the France, Palestine, Laos, Philippines, Indonesia, Japan, and West Papua,  who do not want GMOs imported into their countries.

The fact is that until Asian countries stop buying GMOs, our American farmers will continue to grow them, therefore polluting our air, water, soil and food with poison. 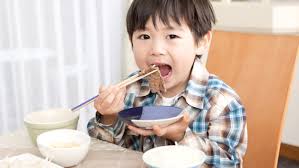 More than 70% of the soy consumed by the Japanese is imported to Japan, making their meat, cooking oils, and many ingredients in processed foods predominantly GMO. GMO corn and soy are fed to animals and turned into oil which is used by the Japanese in nearly every meal. GMO grains fed to livestock are allowed to have glyphosate residues by the EPA of 400 ppm. It has been shown by Dr. Monika Kruger that only 0.1 ppb destroys beneficial gut bacteria (6), where 70% of the immune system lies. Gut bacteria imbalance can lead to inflammation in the brain and learning disorders. She has also shown that glyphosate accumulates in the muscle tissue, bone marrow and tendons of the livestock (7). Bone marrow and tendons are used in bone broths and gelatins. Asian cultures consume chicken and beef bone broths and gelatin desserts at much higher amounts than western society, another possible source of glyphosate exposure which could be contributing to the developmental delays of their children.

The current Japanese GMO restrictions and  labeling laws are sorely insufficient. If an item contains less than 5% GMO labeling is not required. Nor are GMOs in products such as oil, high fructose corn syrup or soy lecithin, as the manufacturers claim these ingredients no longer contain GMOs as they are so highly processed there are no GMO proteins remaining. Thus, the majority of food products do not legally require GMO labeling and the general population continues to remain oblivious of the health risks of GMOs and related toxins.

Another problem is that the Japanese people tend to think that they are not eating GMOs because they buy Natto, Tofu and Miso mostly made from non-GMO soy. The food manufacturers of tofu etc mostly refuse to use GMO soy due to poor taste and texture concerns...interesting...

But in fact, the Japanese consumers are one of the biggest eaters of GMOs. From baby formula, baby food, so many processed foods, and meat... in almost all the cases, labeling is not required.

Regardless of the source of the toxic exposure to children which contributes to developmental delays, whether it be imported food from the USA or local produce sprayed with chemicals, the originating source of their method of farming comes from American chemical companies who convinced farmers around the world to declare war on bugs and weeds with toxic chemicals, regardless of the impact on consumers. The result is that our children, the most vulnerable in our society, are the collateral damage in this global power play. 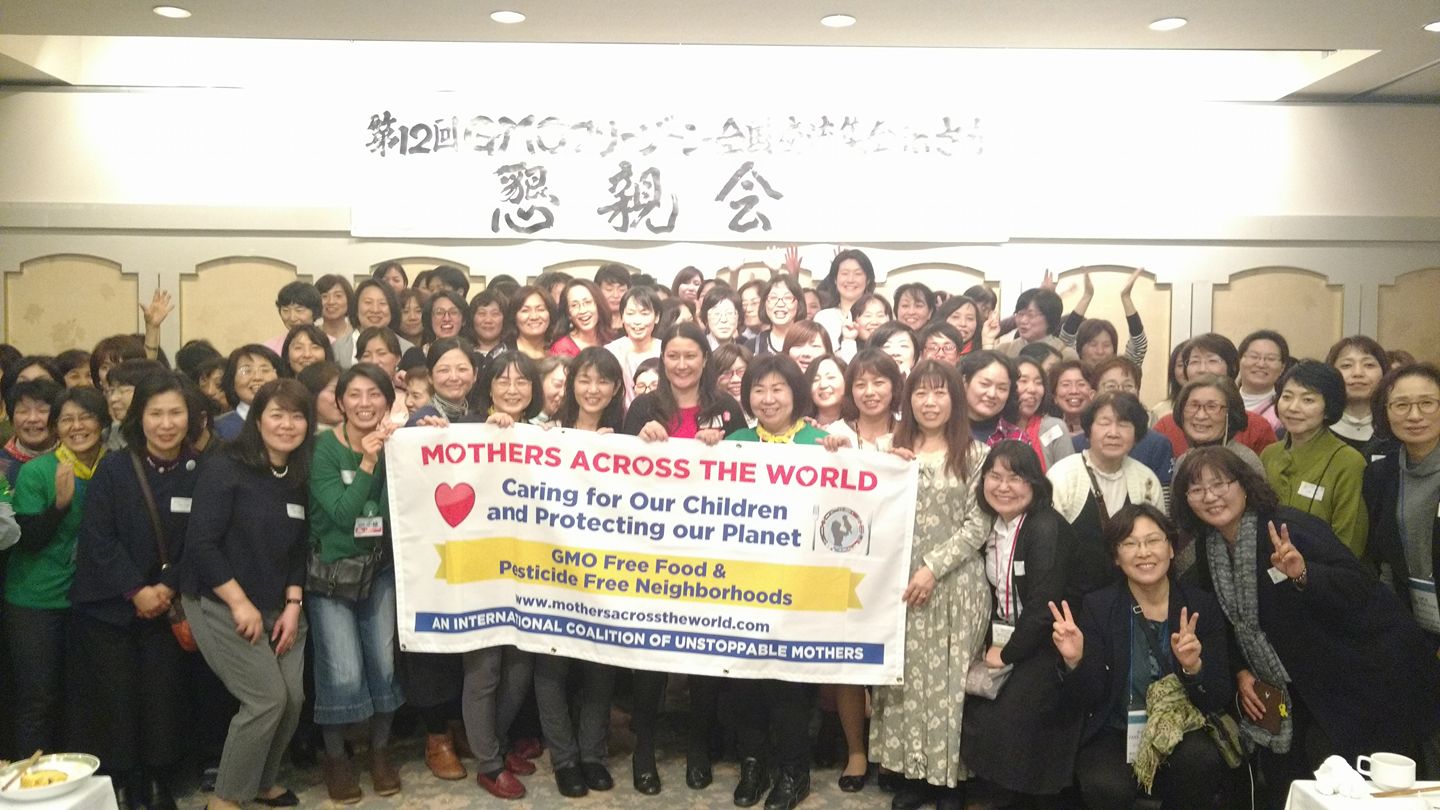 Consumer groups are realizing the health issues of their children are coming from these toxins however, and are activating around the world. In Japan over 150 food CoOPs with 4,000-1 million members each buy their food directly from the suppliers as a result of distrust of big food grocery stores and contamination. Groups who once rallied to label GMOs are now calling for a ban and 38 countries now ban GMOs. Roundup and all pesticides are banned from public parks and spaces in France. The Netherlands and Malta have banned glyphosate-based herbicides, Denmark has declared it a carcinogen, and the EU gave glyphosate a mere 18 month license instead of the usual 15 years. The US EPA is currently reconsidering the license for glyphosate and will consider the result of a rare assessment of the final formulation of glyphosate based herbicides, being conducted by the National Toxicology Program. Parents around the world hope the EPA will consider the current rate for autism in the USA is 1 in 68 children(8) and far worse in Asian countries, and revoke the license of glyphosate, as clearly the global impact of American agrichemicals such as glyphosate-based herbicides far exceeds what we previously thought.

In addition to learning about the drastically higher rates of autism and developmental delays of the children in Japan, Korea and the Philippines, I learned first hand that the Asian mothers are a force to be reckoned with. Although their culture, especially in Japan, is polite, kind, and refreshingly happy, the women I met were also determined and tenacious. They did not complain about campaigning for GMO Free zones for 20 years. They did not seem angry or defeated by their sorely lacking GMO labeling law. They are coordinating food cooperatives such as the Green CoOp of Japan, that ensures the food is pesticide free, non-GMO or organic.

They pioneered establishing solar facility lots that now bring energy to thousands of homes after Fukushima. They support seed saving, gardening programs, and home cooking classes. They started homeless shelters, kindergartens, and senior centers which are all supplied with the Green CoOp’s healthy food. Their fiber recycling center supports 3000 children in an impoverished area of Pakistan to go to school. Their insistence to import organic bananas from Negros, Philippines through Alter Trade Group, revitalized an area that was once devastated and starving from the loss of sugar exports due to the transition from cane sugar to high-fructose corn syrup. Their local efforts have positive effects far beyond their neighborhoods. The women I met in Asia are community leaders and global game changers. Although we have a daunting task before us, my money is on the moms.

Correction: Originally, this blog stated the reports came from the Autism Society of the Philipines. In fact, it was Autism Speaks.

(1)Global prevalence of autism and other pervasive developmental disorders.

(4) Glyphosate based herbicides a Neurotoxin: