Right or Wrong? Why the GMO Debate is Over for Me.

“Confidence comes not from always being right but from not fearing to be wrong. ”― Peter T. McIntyre 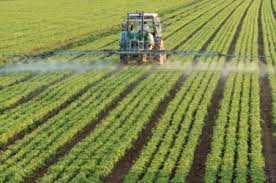 In the beginning I was not very confident to talk about GMOs and glyphosate. Surveys taken show that men need only be 20% sure of the facts before speaking about an issue and women need to be 85% sure. Because women are more likely to be shunned from their female community for being wrong (it's a safety issue), it's a primal instinct to stay quiet.

But then I considered the impact of either scenario. What if I (and not only I but many researchers and scientist with decades of experience) were right? Hundreds of millions needed to know in the USA ASAP. If I was wrong? Then the impact on them was only that they had switched to eating organic. Yes, it would be more expensive initially if they didn't buy bulk, whole foods and cook from scratch (it's actually cheaper that way) but they would only be eating organic food, the way food was created, whole perfect and complete. There is no negative impact on the health of human beings for eating perfect, organic food. 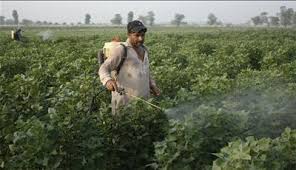 There is a harmful impact from eating GMOs and related pesticides. We consume foreign proteins which have slow but unpredictable consequences on our health. We consume greater amounts of pesticides. Much of the impact is unforeseeable, unpredictable, and uncontrollable. Moms don't do well with the unknown and their children. We would rather know or avoid the unknown harms. It's better to be safe than sorry. I have confidence in this decision. 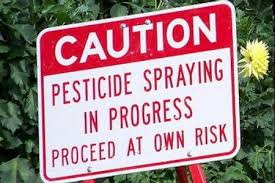 There are great risks of harm we avoid by avoiding GMOs. GMO foreign proteins DNA could be altering our children's/our DNA, GMO genes could be silencing our genes and waking up rare diseases. GMO related toxic pesticides could be shutting down our immune system, making us more susceptible to cancer and illness, and breaking down our blood brain barrier, allowing toxins into the brain such as fire retardants on our kids pajamas and sofas, PCBs from pollution, BPAs from plastic, aluminum and mercury from flu shots and vaccines, chemicals from our carpets and cars, and formaldehyde off gassing from furniture. The impact of the foods genetically engineered to either BE a pesticide or to RESIST herbicides, increasing our consumption of toxic chemicals, have never shown to improve human health.

Organic food has been shown to be more nutritious, taste better, have much lower quantities of pesticides (and the toxic ones like glyphosate are not allowed), improves the quality of the soil over time and increases the soil's ability to retain water, decreasing drought. (Studies all on our DATA page)

So if I am wrong, the impact on people and the environment is still all right. I hope supporters are confident in sharing about the impact of GMOs and glyphosate, as a precautionary measure, to protect your friends and family. It's time for us to stand up and create the America WE want. It's time for people before profit.

To address the concerns of the opposition, the companies who profit from GMO and related pesticides:

There is a negative impact to the corporations making the GMOs and toxic pesticides whether I (and tens of thousands of doctors and scientists) are right or wrong about GMOs and related toxic pesticides and people eat organic instead of their products. They lose money.

Although corporations are not my concern, and I could just dismiss the impact on them as their problem, I understand it is reality that they are impacted by a movement of moms who buy 85% of the food, who are encouraging millions to not buy their products. My concern is the health and well being of the people and children, not the profits of the chemical companies. However, let's look at the reality for the chemical companies...If they do not face the reality of causing harm and only look at the reality of losing money, and they do not get innovative, then they will have to fire employees. The economy could be impacted if those employees do not get innovative find other jobs. This only happens however if they are not innovative.

Frustration is the mother of invention. Being stuck between a rock and a hard place is often the only time one will move.

Kodak went bankrupt because they sat on the technology for digital cameras for 20 years and did not act on it. They preferred to make money from their existing technology. They became extinct because they did not outdo themselves.

GMO technology is 20 years old, and their mainstay chemical glyphosate is over 40 years old now. That is not being innovative. It is also not ethically moral. To both make the toxic chemicals that are sprayed on our foods which make us (and the animals we eat) sick and then to make the pharmaceuticals which make us "better" is a perfect profit circle. Bayer, Syngenta, Monsanto, Dupont...all make the pesticides and have sister companies, own or are partially owned by companies which make the pharmaceuticals.

Syngenta, the largest pesticide company in the world has a sister company called Astra Seneca which advertises allergy, heart, COPD,asthma and cancer drugs regularly on your favorite TV channels which will not report the news about the harm from GMOs and pesticides...surprise, surprise.

Bayer makes aspirin, as we all know, and it also make pesticides.

Dupont owns Danisco which sells the majority of probiotic cultures in the USA.

Monsanto which makes the majority of GMO seeds and owns Roundup (glyphosate) the world's most popular herbicide, is a spin off of Pharamcia, owned by Pfizer, the largest pharmaceutical company in the world. 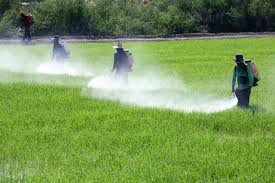 Capitalizing on the sickness you cause is morally and ethically reprehensible. It is wrong on so many levels that no amount of money can make it right. This is why the chemical companies need entire departments of paid staff to lie, slander and discredit one or two volunteer activists or unpaid independent scientists who devote their lives to truth. You have to pay people to be immoral. And the public can tell the difference. We know. The truth is free and creates freedom.

The entire system of chemical farming is morally bankrupt and will go bankrupt of they continue because it simply does not work for our health. Health comes first. Without a healthy society we do not have a healthy economy, military or position of world power. 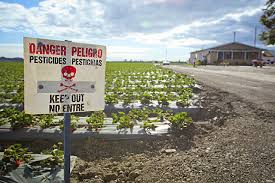 No matter whether I (and millions of people) are right or wrong, chemical companies would benefit from setting aside the concept of chemical farming and focus instead on what the environment and the people need now. We need technology to clean water, to reduce toxins in the air and oceans. We need solar and wind power and a way to eliminate trash. We need batteries that last and furniture, clothes and cars that do not off gas toxic fumes. We need safe vaccines and cancer treatments that do not obliterate our immune system. We need health care that does not bankrupt families or doctors and a food system that provides organic food to the wealthy and poor no matter where they live. We need innovation now.

We need people who are confident to speak the truth, who are willing to take risks, to be wrong and look bad even, risking themselves for health and freedom.

At a recent expo, at speaker panels on various subjects, I got up and asked questions afterwards. At one panel, I was scolded by a fellow activist. He said "You looked foolish. You should have done your homework." I replied "I don't care if I looked foolish, or looked bad. It's not about me. I have a responsibility to bring information back to the moms in a way that is easy to understand. I need to understand it. If I don't get it, I am going to ask questions, I don't care if I look bad." The willingness to be wrong, look bad and foolish is microscopic compared to the love I have for my children and the future of our country. So yes, there will be times when I will mess up, make mistakes, say the wrong thing or do something inappropriate....I am confident however, that out of it will come a benefit for the greater purpose, for health and freedom. Nothing wrong can come from being love.My confidence comes from allowing love to be greater than my fear. Right or wrong...I love, and love protects.

I hope you will be fueled by your love. Take steps today, with confidence, to alter the future of America. 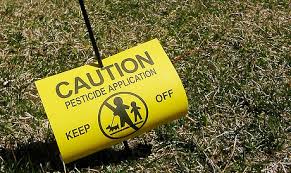 Host an event on www.momsacrossamerica.com. Get a code via email and pass out the free flyers. Be a speaker about GMOs. Host a speaker at your library. Ask your city council, school or HOA to discontinue the use of glyphosate and toxin based herbicides. March in a harvest parade this fall. Have a movie night. It's time to be the one to make a difference.