marzo 8, 2019 – Oakland, California - - The trial of Pilliod v. Monsanto Company (now Bayer) begins with jury selection on Monday, marzo 25, 2019, in Superior Court of California for the County of Alameda before Judge Winifred Smith. Attorneys for the plaintiffs anticipate the trial will last about a month.

Pilliod v. Monsanto is the first case in the California Roundup Judicial Council Coordination Proceedings (JCCP) and the third Roundup cancer case to proceed to trial.

More than 250 Roundup cancer cases are consolidated before Judge Smith as part of the California Roundup JCCP. Plaintiffs in the lawsuit allege exposure to Monsanto’s Roundup weed killer caused them to develop non-Hodgkin lymphoma.

The first case to proceed to trial, Dewayne “Lee” Johnson v. Monsanto Co., resulted in a $289 million jury verdict in agosto, 2018, which the presiding judge later reduced to $78.5 million (Johnson v. Monsanto is a California state court case that is not part of the California Roundup JCCP). The Johnson case is currently on appeal. The Miller Firm LLC and Baum Hedlund Aristei & Goldman co-tried the Johnson case.

The second Monsanto Roundup cancer case to go to trial is currently underway in federal court in San Francisco. Attorneys Aimee Wagstaff (lead trial counsel) of Andrus Wagstaff and Jennifer Moore of Moore Law Group are trying the case of Hardeman vs Monsanto.

Alva Pilliod and his wife, Alberta, allege that long term exposure to Monsanto’s Roundup herbicide caused them to develop cancer (non-Hodgkin lymphoma). Alva and Alberta are both in their 70s and have been married for nearly 50 years.

Attorneys for the Pilliods, The Miller Firm, asked Judge Ioana Petrou (the couple’s original judge who has since been appointed to the First District Court of Appeal) to expedite trial due to their advanced ages and cancer diagnoses, according to court filings, like they did in the Johnson trial. Monsanto opposed their request for the expedited trial date but Judge Petrou found the couple’s ages and diagnoses warranted trial preference.

Alva suffers from non-Hodgkin lymphoma in his bones that spread to his pelvis and spine. He was diagnosed in 2011. Alberta’s non-Hodgkin lymphoma brain cancer diagnosis came in 2015. The couple started using Roundup in the 1970s and continued using the herbicide until only a few years ago. They have two children and four grandchildren. 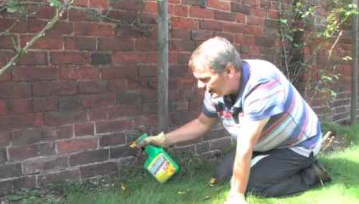 “We are very angry. We hope to get justice,” Alberta said in a media interview last year, noting that neither she or her husband used protective gear when they sprayed Roundup. She added that they would not have used the Monsanto herbicide if they had known the risks. “If we had been given accurate information, if we had been warned, this wouldn’t have happened.”

Monsanto filed a motion to bifurcate the Pilliod trial, as it did previously in the federal multidistrict litigation case of Edwin Hardeman v. Monsanto Co. but Judge Smith denied the motion.

We plan on issuing an update just before trial starts with the final information as to the motions in limine (allowed and excluded evidence) and the exact start time. Judge Smith is opposed to having the case televised, so absent a change via media motions or appellate intervention, she will not allow CVN to film any of the trial.

The lawsuit alleges Monsanto, among other things:

Monsanto denies these and other allegations, insisting that Roundup is safe and does not cause non-Hodgkin lymphoma.

Attorneys for the Plaintiff

From the Miller Firm LLC

Attorneys for the Defendant