Tell the EPA to Require Full Formulation Testing for Pesticides!

Did you hear that the EU now requires the final formulation testing for toxicity and carcinogenicity of pesticides? This is a HUGE win!

What about the USA?

Well... here the EPA allows only 1, yes ONE, UNO, only one of the ingredients in a pesticide (not all) to be "safety" tested. They do not require synergistic testing of the mixture of ingredients with each other or with other chemicals that are used on the same crop or area. Short term tests for toxicity are also the industries favorites on one chemical, not independent long-term safety testing for harm.

The pesticide manufacturers can pick the LEAST toxic chemical and declare that the "active chemical ingredient" even if that is complete hogwash! For instance, in Roundup Monsanto picked glyphosate, which is harmful over time, meaning with chronic exposure, but the other chemical ingredients in Roundup are 1000X MORE toxic! The other ingredients include arsenic and heavy metals. Don't you think they should be considered as well? Especially since it has been illegal to use arsenic on our food crops for years? And heavy metals are also known to be toxic? And now they are showing up in 95% of the baby food tested?? ARRGHHH! UNACCEPTABLE!

Toxic means the chemical kills over 50% of the animal or fish test subjects in less than 96 hours. It does not mean over 5, 10, or 20 years of low does exposure...which is what is happening to US when we consume food with residues of glyphosate herbicides and other toxins like 2,4-D, Atrazine and Dicamba! To put it simply, WE, the human race, are one big science experiment for the chemical companies and the EPA is doing NOTHING about it! 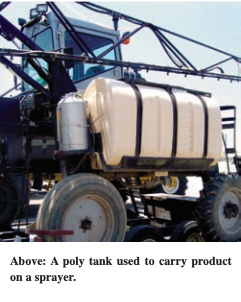 But maybe they have heard us since that visit and the many times we have asked...

Because now they are asking the public if they should test for the synergistic effects - meaning the final formulations, the effects of all the chemicals together??

Our answer is YES!! Will you tell them so? Will you ask your friends to tell them to test the synergistic effects?

The deadline is fast approaching- the EPA is seeking comment on whether to evaluate synergistic toxic effects of the active ingredients in pesticides.  Tell them yes before this Thursday 10/24 at midnight ET!! Now is the time to be heard! Click on this link to write in your comments.

Include any of the following points: