On julio 23, WSU posted the news that a Monsanto funded study by Michelle McGuire found "glyphosate free breast milk." The tests were conducted in Monsanto's lab.

I was not impressed. Nor was I very surprised.

E.G. Valliantos EPA whistleblower and author of "Poison Spring" has stated that he has seen stacks of photos of dead bees after testing with neonicotinoids and glyphosate. The chemical companies and the EPA KNEW of the harm caused by pesticides.They simply chose to protect the profits of their shareholders rather than take precautions for the health of our babies and humans.

We have every reason to question the results of tests conducted by the chemical company who said that DDT and Agent Orange were safe.

What do you think?

Below is our rebuttal to her article.

Dr. Michelle (Shelley) McGuire has led a team of researchers from Washington State University (WSU), including Monsanto, in a study that has allegedly found US mothers’ breast milk to be glyphosate-free. 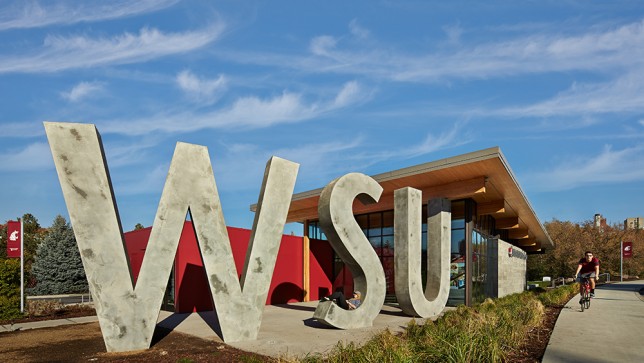 Without releasing full details of the method or the limits of quantification used McGuire stated in a WSU press release Thursday that her and Monsanto’s study “strongly suggests that glyphosate does not bioaccumulate and is not present in human milk.”

McGuire and Monsanto’s study directly contradicts validated and low LOQ testing in Germany that was carried out earlier in 2015 which showed that German women’s breast milk contained glyphosate at levels between 0.210 and 0.432 ng/ml.

The WSU Press Release of Dr. McGuire’s joint study with Monsanto and Covance Laboratories seems to attack the Moms Across America / Sustainable Pulse 2014 pilot testing on glyphosate in breast milk more than it gives information about their own study, however, it completely misses out on comments about the German study.

Dr. McGuire also fails to mention that she turned to both Moms Across America and Sustainable Pulse for help in junio 2015 seemingly needing help with Monsanto’s analytical methods; “As you know, these assays are tricky and it would be very nice to see the details of the analysis you all have worked up in this regard.”

Sustainable Pulse and Moms Across America (MAA) have thus decided to dissect the WSU Press Release from top to bottom (Please find this dissection at the end of this article).

The McGuire family has had a long-standing relationship to Monsanto and Dr. Shelley McGuire’s husband Dr. Mark McGuire, Animal and Veterinary Science Department Head at the University of Idaho, was deeply involved in the scientific promotion of Monsanto’s infamous recombinant bovine growth hormone Posilac.

Dr. Mark McGuire’s research is also funded by the Gates Foundation, which is strongly promoting GM crops and their associated pesticides including glyphosate, especially in Africa.

Dr. Shelley McGuire is herself the spokesperson for the American Society of Nutrition, which has disclosed massive conflicts of interest. The list of food companies for which they consult or advise includes Coca-Cola, PepsiCo, The Sugar Association, The National Restaurant Association, ConAgra, McDonald’s, Kellogg, Mars, and many others.

In 2014 just days after the Sustainable Pulse / Moms Across America pilot study was released showing that US mothers’ breast milk contains glyphosate,  Dr. Dan Goldstein, Monsanto’s Medical Sciences and Outreach Senior Scientist, got back in touch with Dr. Shelley McGuire who was originally put in touch with Goldstein in 2012 by her husband’s contacts. Goldstein was leading a desperate attempt at the time to come up with some data to save Monsanto’s number one product – Roundup (a glyphosate-based herbicide) – from public crucifixion.

From this point on Dr. Shelley McGuire has helped Monsanto to reach their goal: Glyphosate–free breast milk.

Click here for the complete dissection of the article and Sustainable Pulse/MAA's responses.

We understand the questioning of the breast milk results from the ten samples we submitted to Micro Inotech lab. That is the meaning of science, "to question" and we welcome more questions. Moms Across America commissioned the best testing available at the time with the intention of sparking questions and interest in further testing. We accomplished that. A full 200 person breast milk study is underway, Germany found glyphosate in the 16 samples they tested, Monsanto and the EPA have been compelled to test (the EPA's results pending).

If anyone would like to criticize Moms Across America for taking matters into their own hands when doctors, labs, chemical manufacturers, the EPA and our own government have not protected us, we suggest that you find the money for conducting a full scientific study as you wish. If you want to believe the Monsanto funded study, and continue eating glyphosate sprayed food with levels above what has been shown to cause harm to animals, we beg you to reconsider -- especially if you are pregnant or breastfeeding. Breastfeeding is the number one recommended source of food for babies and we consider it a sacred act. Please keep it void of pesticides by eating organic. Baby formula has been found to have levels even higher than what we found in breast milk, so please budget as best you can to eat organic. Many people do not understand that glyphosate (Roundup) is sprayed on much of our food crops and does NOT dry wash or cook-off.

If one chooses to believe McGuire's findings they will continue eating the standard American diet and high levels of glyphosate. Glyphosate levels between 0.2 - 400 parts per million are allowed on our food/feed crop by the EPA. Levels which have shown to cause breast cancer cell growth was in the parts per trillion. Levels shown to kill white shrimp were just above 5.2 ppm. A fetus is the size of a white shrimp. If pregnant women are eating glyphosate at levels of 25 ppm, and they have a miscarriage, infertility or sterility level of 30%, the highest in recorded history, one must question if they are related. Especially considering that pigs who ate levels of glyphosate on their grains at 2 ppm had a jump in miscarriages of 30%. Glyphosate has been scientifically linked to numerous illnesses including autism, allergies, the destruction of the gut bacteria and therefore weakening of the immune system, Non-Hodgkin's Lymphoma, breast cancer, placental cell death, neurotoxicity and neural cell death, liver and kidney damage, miscarriage and more. It has no place in our water, urine, food or breast milk ever.

Moms say that it is better to be safe than sorry. Health comes first. We would like to point out that if a person believes there could be glyphosate in American mother's breast milk, and avoids glyphosate by eating organic, the only consequence to them is that they are eating organic. Humans have been eating organic for thousands of years. It is how God/Nature made food and there is nothing wrong with it.

Thank you for your partnership in health and freedom.