Does Organic Cost Too Much?

Moms Across America has many low-income supporters who have stated that it seems too costly to go organic. But more and more, we are also hearing from underprivileged area moms who are making the effort and making it work within their budget.

In fact, the first store in America to label food GMO was in Detroit, in the past one of the lowest income, most crime-ridden areas in the country. They have had other concerns, like violence, drugs, death and gangs that could trump food concerns. Recently, however, 20,000 volunteers a weekend are “greening” Detroit with over 1,200 organic urban farms and community solidarity is making a comeback! Americans see that genetically engineered and pesticide sprayed food contributes to mental illness, acts of violence, depression, poor school and job performance, etc. Doctors report that 90% of the children in low-income areas have diabetes and/or obesity. Allergies, autism and autoimmune disease is skyrocketing. It really is true that when moms say, "health comes first." Without health, we cannot function properly to do or enjoy other things in life like our career, schoolwork, family, and relationships.

Some "Healthy" Foods are Poisoning Us

mayo 5, 2017 Mission Viejo, CA- Moms Across America releases their report on their recent findings of toxins in 36 American children, tested at Great Plains Lab, along with results from the Canadian Food Inspection Agency(CFIA). The results are disturbing and have an important message for Gluten Free, Vegan and Vegetarian American consumers and food manufacturers.

Honeycutt focused primarily on glyphosate because scientists report that glyphosate increases the harmful impact of other environmental toxins, making the presence of the other 166 chemicals tested for, even more detrimental.

abril 22 is Earth Day, a day in which we pay tribute to the planet we inhabit. But what are we doing to it? We hear more and more about how our climate is in danger. We hear about all of these international groups calling for a massive reduction in fossil fuels. We hear less about the other causes of the destruction of our climate and one of the largest contributors is factory farming, including the GMO crops and the toxic pesticides used. 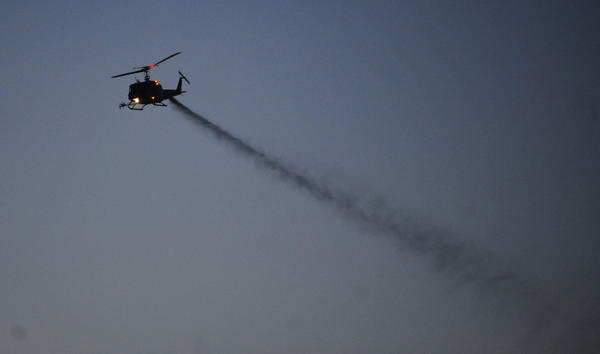 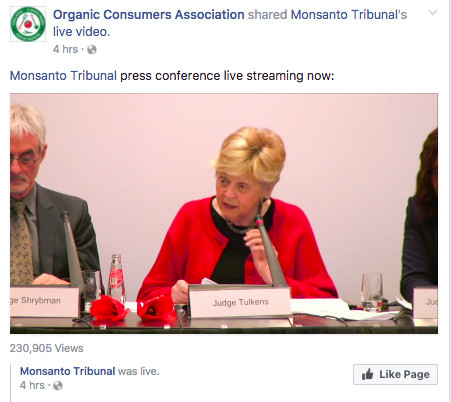 During the hearings that took place on octubre 15 and 16th in The Hague, judges heard testimonies related to the six questions posed to the Tribunal. The ensuing legal opinion delivered by the Tribunal includes a legal analysis of the questions asked, with respect to both existing international law, and to prospective law in order to improve international human rights and environmental law. 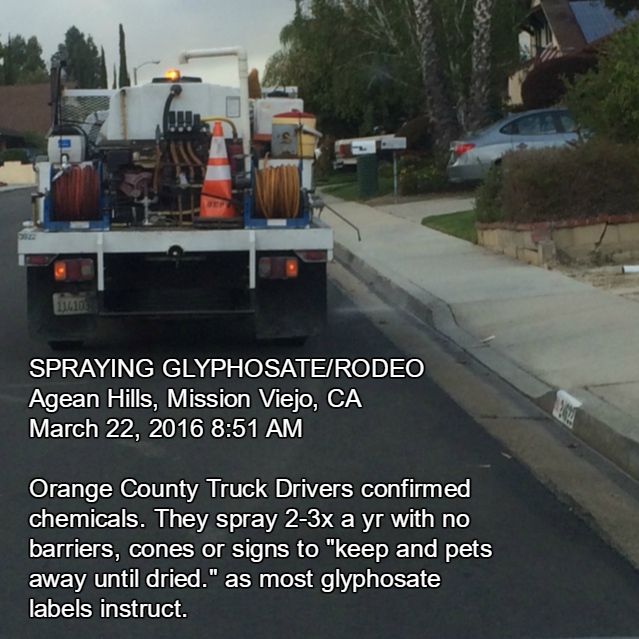 Have you seen the trucks spraying Roundup or Rodeo (glyphosate-based herbicides) on your street yet?
If not, they are coming! In Orange County, CA in previous years, they have sprayed 65,000 pounds of glyphosate alone, 265,000 pounds of herbicides and pesticides. All those chemicals dissipate into the air and come down as pesticide rain or drain into the ocean. Either way, we are poisoning the planet with these chemicals. This is happening in your town too. But we can stop this.

It is obvious that our federal government is not going to protect your family from toxic chemicals.  The current budget proposal will fire 25% of the workforce at the EPA, cut back 31% of their budget, cut 9 staffers focused on endocrine disruptors, and yet hire 10 security detail for new EPA head Scott Pruitt.

Why are they protecting Scott Pruitt but not our babies from sex hormone disrupting chemicals? This is INSANITY!!!!

Moms, Babies, Glyphosate, and You.

Two years ago, in January of 2015, representing mothers, I had the opportunity to stand before the Monsanto shareholder meeting and say, "Mr. Grant, you and the EPA say you have hundreds of studies showing the safety of glyphosate. So I requested them by FOIA. Here is an example of just one on white shrimp. The study you commissioned found that white shrimp died at levels above 5.2 ppm of glyphosate in just 4 days. Another study shows that glyphosate remains viable in dark salty water for 315 days.

How much glyphosate is allowed on sugar? 25 ppm.

You MUST be responsible for the contamination of pregnant mothers and the poisoning of our fetuses!

As a sea of shareholders looked at me uncomfortably, I compared the Danish Ib Pedersen pig study of 30,000 pigs to the current 30% infertility rate of young couples in America.  When the pigs were repeatedly exposed to low levels of glyphosate, there was a 30% increase of birth defects, smaller litters and miscarriages; exactly correlate to our human reproductive issues, which were highest in recorded history in 2014. The anguish and urgency of the situation compelled me to speak out to the shareholders, but I alone could not conduct scientific studies, I alone could not enforce laws.